Just yesterday I found a new female singer-songwriter to enjoy. Helps that she’s a bit off-kilter. . .

This is not how I wanted to start the year. . .

Before I found out about Lindsey Stirling, I would have called Neil Peart my favorite musician. He was obviously my favorite drummer, but that’s not saying much, as I know nothing about drumming. But I do know lyrics, and he was my favorite lyricist. His songs were poetry, as were his books. Ghost Rider is still my favorite noon-fiction book.

I was waiting at a bus stop when I saw the news on social media; someone said it looked like I got punched in the stomach, which is pretty much how I felt. But as sad as I was, I got over that quickly, because I then thought of how much his daughter and wife must be hurting. My feelings are inconsequential compared to what they’re going through.

For those who couldn’t appreciate Rush’s music, perhaps this video of the three of them having dinner will show you what we fans see in them. . .

Every once in a while I’ll put this song on repeat and wait to see how long it takes me to eye-leak. . . usually about ten seconds.

Evanescence is an underrated jewel.

This time I’m going to cross you up with a completely different type of music and musician; male, for one thing, and as far away from singer-songwriter as possible, for another.

I don’t know if Horton Heat is an actual reverend, but I’d rather stay in the dark about that one. Instead I’ll just enjoy his raspy voice and quirky lyrics, though this one is less on that side and more on the Heat part of his spectrum.

I first heard this song as the opening piece of a short film called “Peep Show,” which takes what you think it is and gives it a really funny 180. I love this movie, and the song perfectly sets it.

This is a really sad song by Jamie Blythe, a beautiful voice from Texas—you should hear her voiceover work—singing about naïve girls gone away to college and not being very responsible. The line about the makeup on the pillow always gets me.

By Ottmar Liebert, a German guy living in New Mexico, doing flamenco music. Nothing strange about that, right? This is the song that really got me into flamenco music, or at least the newer version of it. . . which is called, as you might guess from the album this song is on, Nouveau Flamenco. And I’m just now realizing the last time I saw Ottmar live was well over 15 years ago, in Mexico City. Gotta do something about that. . .

For several years now there’s been a glut of movies being turned into musicals, some getting big unexplainable runs on Broadway while others languished in obscurity.
Dangerous Beauty is one of my favorite movies, featuring the Venice of centuries ago and, more importantly, a beautiful redhead who happens to have the same last name as me. . . the character, not the actress. So imagine my surprise a few years ago when I was reading an online article and saw the ad for it coming to the Pasadena Playhouse, which I lived close to at the time.
At the time, it was the only play I went to twice.
Two things made it particularly special: the score, done by the amazing Amanda McBroom of The Rose fame (as well as her turn as Picard’s lawyer ex on Star Trek: The Next Generation), and Jenny Powers as Veronica Franco.
Among some of the fantastic songs were “I Am Venice,” “Until Tomorrow Comes,” “I Will Love You Now,” “Lions of the Sea,” “Stripping Venice,” and “City of Lies.” But easily the greatest is the closing number, alternatively called “Confession” and “I Will Not Repent.”
Whereas earlier in the show I was taken in by the delicacy Jenny brings to her vocals, a certain sweetness, here it’s the very definition of a power ballad.
Here’s the thing, though. Because it’s a stage production, there’s no video of an actual performance. Instead I found a live recital at a restaurant. Doesn’t matter, it still works. The lyrics, that last note. . . amazing.

Killarney Star is the coolest person in the world, and that’s after only meeting her once, a long time ago. But since I just found her on Insta, inspiring me to break out her first album, I couldn’t choose anyone else for this week’s edition.

This is an angry song about creativity; sometimes it’s better to start over. . .
“Okay what can I, get my hands on now?
Something that will scream in protest as I throw it out.”

I miss Lauren Barrett. Haven’t heard from her or her music in far too long a time, and a quick internet check shows a different singer with the same name. Oh well, hope she’s doin’ fine, and here’s some photos I took of her live. Plus the video, of course.

Difficult to choose which song of hers to feature, tossup between “I Do” and this one. The choice was taken from me when the former wouldn’t populate here correctly, so you get the extra bluesy one instead of the just bluesy. 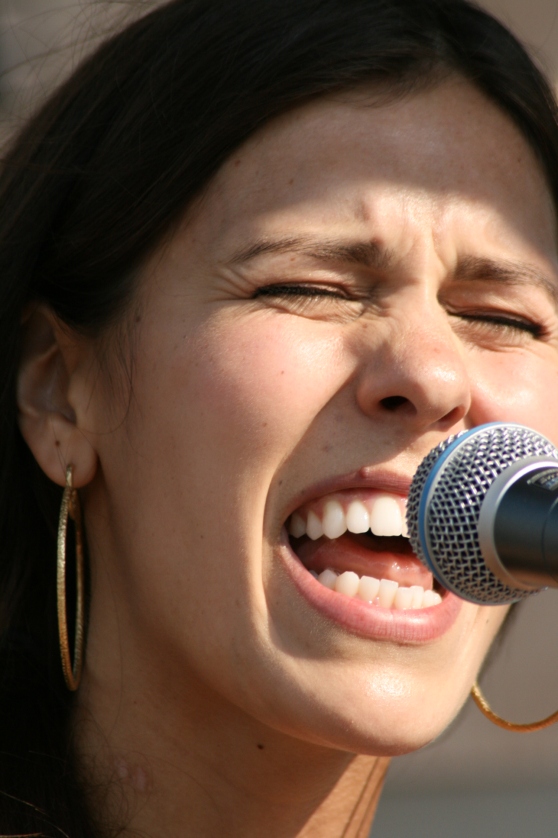 Sarah Dashew is a guitar lady with a bluesy voice that is perfectly showcased in this, one of my favorite songs of all time. Don’t think there’s anything left to say. . . except that I miss the awesome guitar outro when she plays it live.