7 of Fine! Jeri Ryan was here! 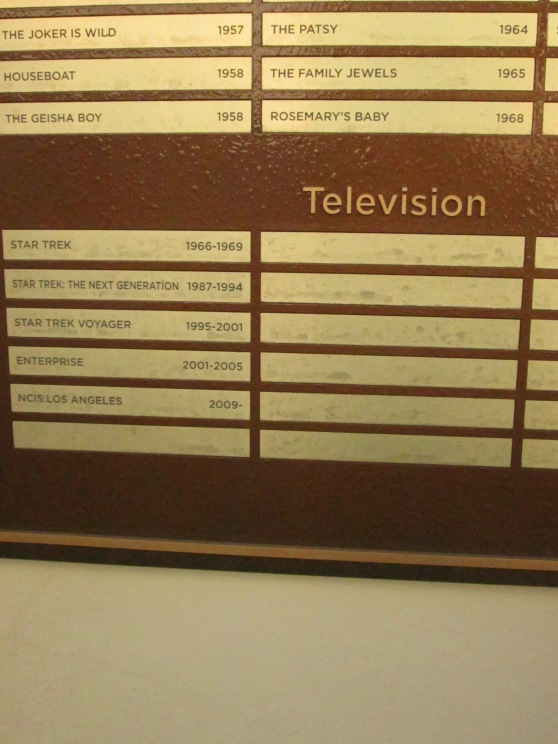 Every Star Trek except DS9, plus NCIS: Los Angeles.

I shoulda checked if that anachronism still worked or was just a prop. . . 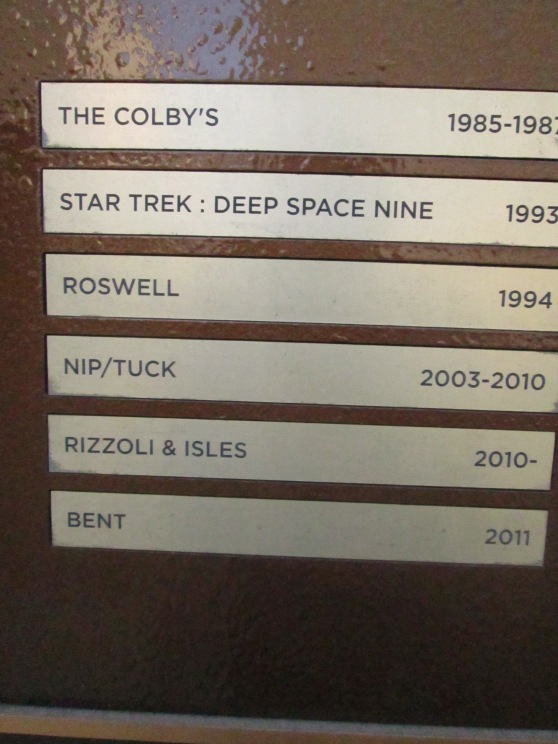 Katherine Heigl was here! So was Terry Farrell!

Facebook Memories reminded me that it’s been a year since my visit to the set of NCIS: Los Angeles. Walking around the lot doesn’t make for many great shots, with almost everything inside the stages, so I had to make fun by shooting the historical plaques that mentioned shows I loved, or at least actresses I enjoyed looking at.

So, one of my fave shows–more importantly, with one of my fave actresses–is having a little convention in town, so why not go?
The night before it started there was a small dinner gathering, which proved interesting as I was the only local. Missed the first day, where the big feature was a table read of an episode, but the next day. . .

Having to wake up before the sun. . . I want to say it’s been a long time since I’ve seen the sunrise from this direction, but it happened just a few months ago when I went to Catalina. Still, an event better be damned good if it makes me wake up that early.
Luckily it was, and I didn’t yawn once. In case you didn’t get it from the title, NCIS: Los Angeles was in the house, more specifically a couple of writers, behind the scenes people–including the special effects supervisor, stunt coordinator, and technical consultant–and other assorted crew. The big deal of the morning, though, was the lead actors answering questions via video that we’d sent them earlier. Of course my question was for Daniela, asking her what undercover role she’d love to play; since she often goes glam, she crossed me up by saying she’d want to do the Deeks thing and lay homeless, which she may have done in real (TV) life, when she ran away from home. . .
After lunch. . . dramatic music sting!. . . Nell showed up! Yep, Renee Felice Smith came by to answer questions and show off her short film, which was excellent; couldn’t find it on youtube, so it must be set to private, but if you’re in Austin go see it at the film festival. And say hi to her, she’s really fun and even more cute in person. 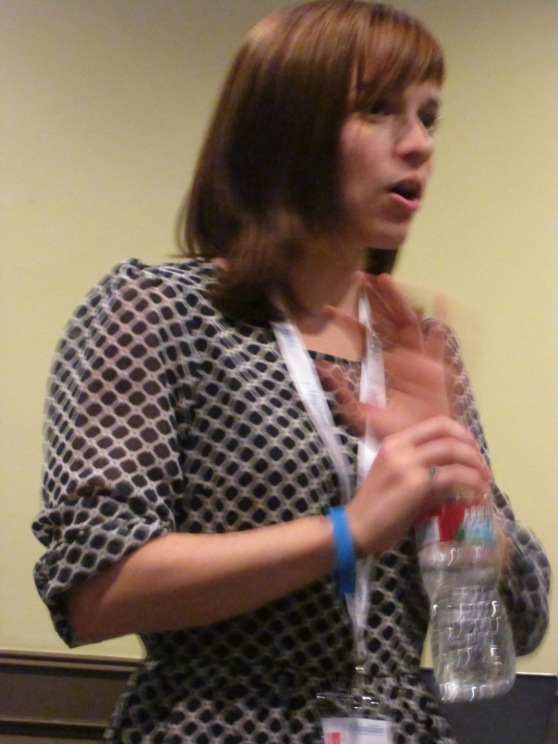