A transvestite sat next to me on the subway just as the Monty Python song “Isn’t it awfully nice to have a penis?” comes on!

The Science-Fiction Quiz Book
Books, movies, TV shows, video games, comic books, and others I have no idea about are all included here. There’s such a wide variety of genres—I knew a lot more science fiction than fantasy, for example—that there’s no possible way anyone should be near perfect (and if you are, go take a walk or see a football game). I don’t watch Game of Thrones, so I didn’t even attempt the “match character to actor” game; same with Lord of the Rings, The Hobbit, and Lost. There are three levels: easy, medium, hard. On the first two quizzes I got 9/10, then a perfect 10 on the third. By the sixth things were getting harder, and by the tenth my average had fallen to 7/10. At 20 quizzes I was at 62%, still in the easy section, kinda my last hurrah.
The thing that most struck me was how good I felt when I got one right that I wasn’t anticipating getting right, like when I got a perfect score for Star Trek species. At times it was positively addicting; “Just one more and then I’ll go sleep, promise. . .” though considering some of my scores, I shoulda left it till morning.
So my final score was 434 out of 1040. I find myself simultaneously annoyed and relieved that it wasn’t higher.
4/5

Offside
Wonder if a story has been previously set in the world of kiddie soccer. . . yeah, probably, but I haven’t read it. It’s a gold mine.
Unfortunately not much gold was panned here. To begin, the author doesn’t explain until the end why this is set almost a decade in the past; it was confusing to hear Italy had won the last world cup when we all now Germany did. I couldn’t believe the author had made such a stupid mistake, and it took too long to figure out it was on purpose to relieve the feeling of incompetence.
I read through this pretty fast, for two reasons: it’s a pretty short book at just over 200 pages, but most importantly because I skipped giant portions: page after page of boring real estate stuff; an incredibly long dissertation on what happens behind the scenes in a pee-wee soccer league; a long explanation as to the soccer rule that is the title of this book, but most people who know the sport could have explained it in about a third of the time. The worst was a rambling and not all that accurately researched history of soccer, disguised as a newspaper article. I can’t imagine any newspaper, even in the heyday of such things, printing something that long, or anyone reading the whole thing. Other articles went into local history, and even as a lover of such I couldn’t stand it.
I couldn’t help but wonder why all those long, seemingly tangential ramblings, especially the ones about financial and real estate dealings, were in here; on the one hand, was it padding to make it longer, or the author couldn’t get out of his own way? On the other, am I supposed to be paying close attention to all this because it’ll help me figure out the murderer? If so, that means the main suspect plus anyone soccer-related is innocent. Ruins that bit of suspense.
Some sneaky jokes appear once in a while, and the main relationship is cute, but overall this is not a well-written book. Even the best part, where the protagonist does his Perry Mason imitation to unmask the real killer. . . though he gave plenty of evidence, there was nothing conclusive enough for the cop to make the arrest on the spot, so that was ruined too. Most importantly, a competent editor would have sliced at least 40% of this.
2/5

For The Dignified Dead
A female police detective in the capital of Slovakia hunts for a serial killer, but the case turns into much more as she collaborates with cops from other countries, not all of whom are helpful.
It’s heartening to see a male writer with a female protagonist, as well as an author who knows his stuff; one look at his previous career shows that. Jana, the cop in this story, doesn’t come off as much different than her American counterparts, being equally dogged in her pursuit of justice as she is stubborn when it comes to following orders. There are good cops and bad cops around her, and her boss is entertaining. One part that was tough to enjoy was the appearance of another killer she’d been after, but is now helping her; reading the previous books is necessary to get that dynamic, and I haven’t. At one point I noted “There’s nothing particularly special here, but I’m enjoying it,” and that’s pretty much how I felt at the end too.
A couple of scenes stood out for me. I’ve obviously read far too many mysteries, because I know that whenever a detective is looking at photographs, something’s gonna shake loose as far as evidence, motive, or suspect go. But despite the cliché I found it well-written and entertaining, especially with Jana not giving anything away to those around her. The other scene is where she’s talking to the little girl, with an odd mix of heartwarming and passive aggressive.
I haven’t been to Bratislava in over 20 years, but the descriptions made me feel like I was back. Helped by all the well-described European scenery, especially my long-time faves Vienna, Salzburg, and Dubrovnik.
4/5

The Dead Never Forget
Having read three of the eight or nine in this series, though definitely not in any kind of order, I found this one going back to the beginning, and let’s just say it’s a good thing I didn’t read this one first, because I might not have continued with the series otherwise.
Not that it was terrible, in fact it contained a lot of the elements I enjoyed in the later books. The problem is that the main setting, a small town called Sand Valley, which has a casino and a truck stop that’s anything but, falls quickly into anarchy, with gangs roaming the streets and the cops helpless. It just felt preposterous, especially that the police chief doesn’t even bother to call for reinforcements until the protagonist suggests it. At times the citizens are too scared to come out of their homes, yet at others they wander around without a care. It’s the first time in four books by this author that I’m not buying it; on the other hand, this was the first, and I’ve already read the second, so things do get better.
At the end the person who turned out to be the murderer. . . seemed a little too perfect for the plot; it just didn’t feel right. Thankfully this author improved. . .
2.5/5

Ever been waiting for a bus, comes full, others are squeezing in, you decide to wait for the next one, and it comes two minutes later completely empty? Yeah, that happened. . . but will never happen again. . . 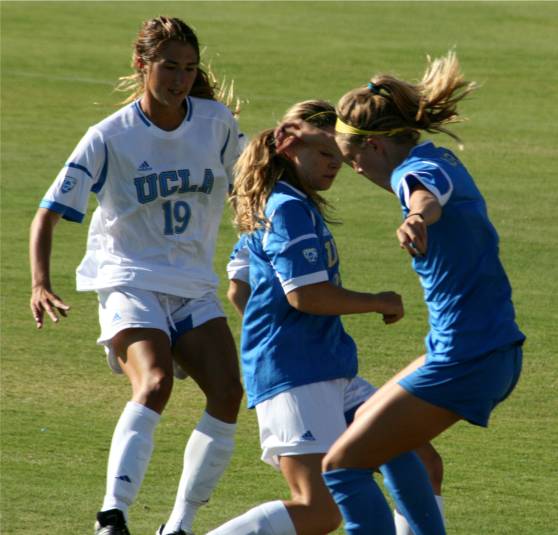 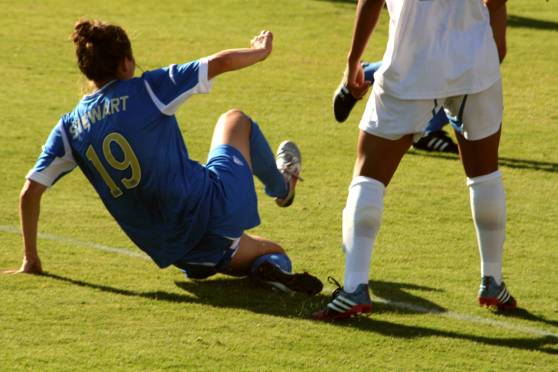 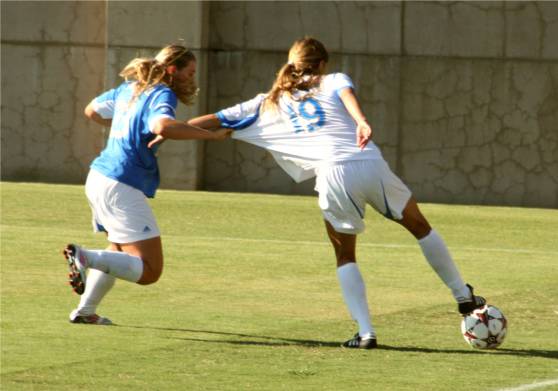 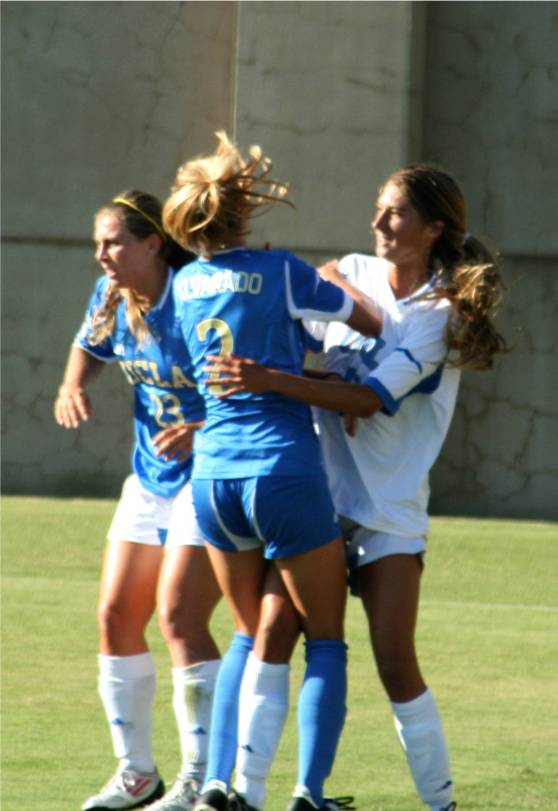 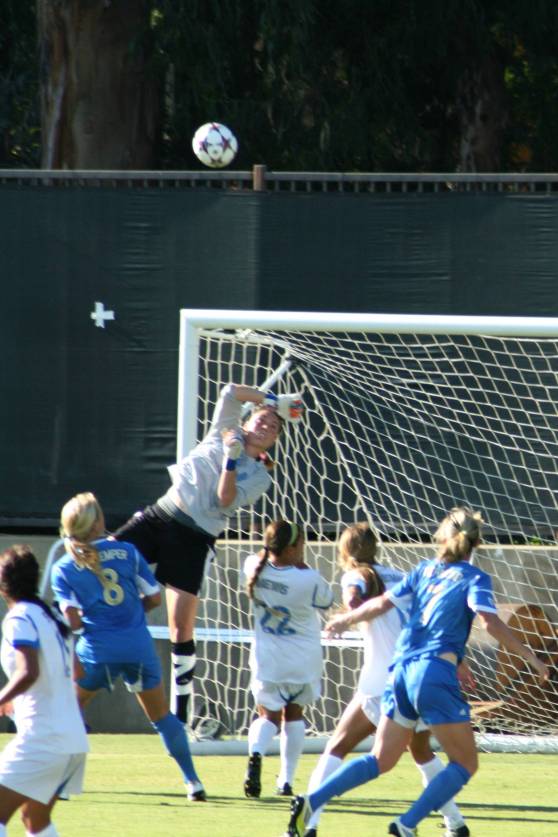 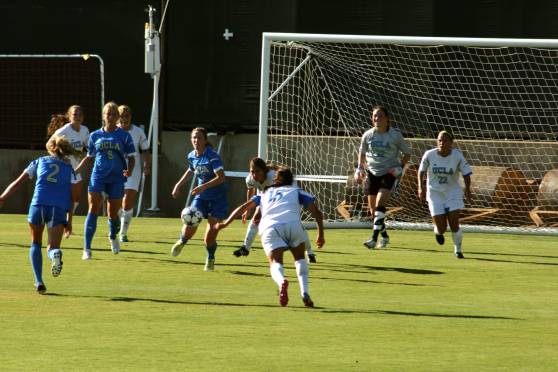 Why did I include this shot? 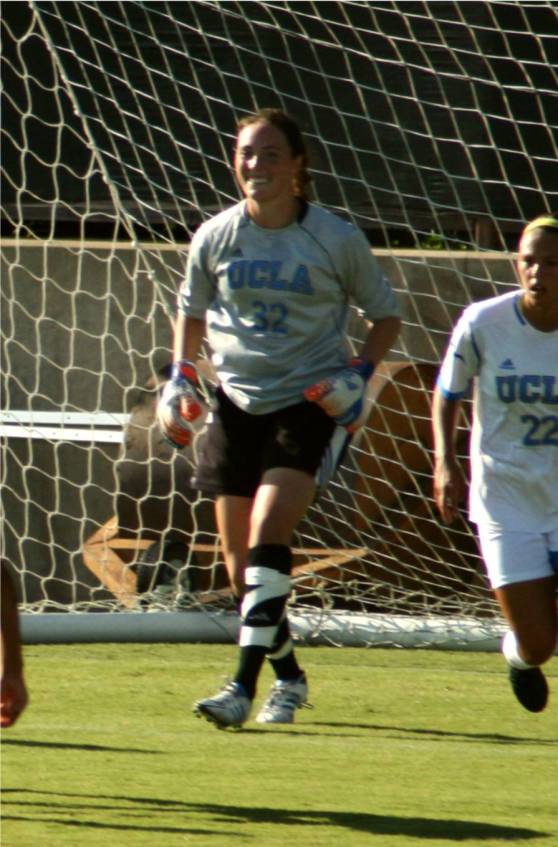 Because the goalie’s smiling. . . 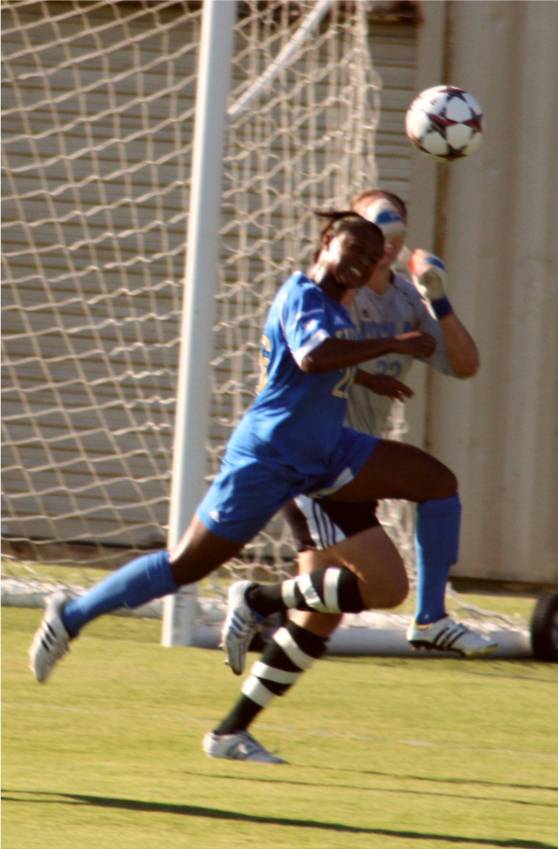 I was here first! 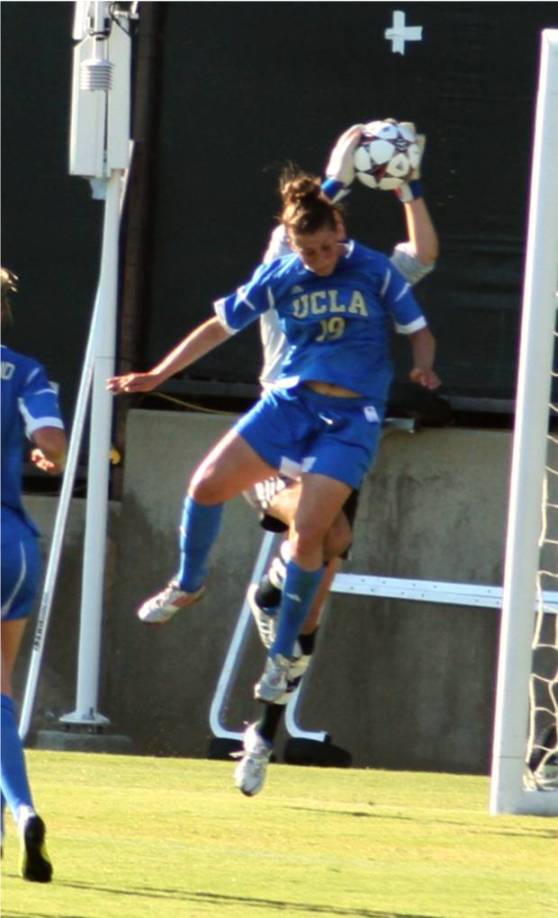 Goalies call this the mosh pit 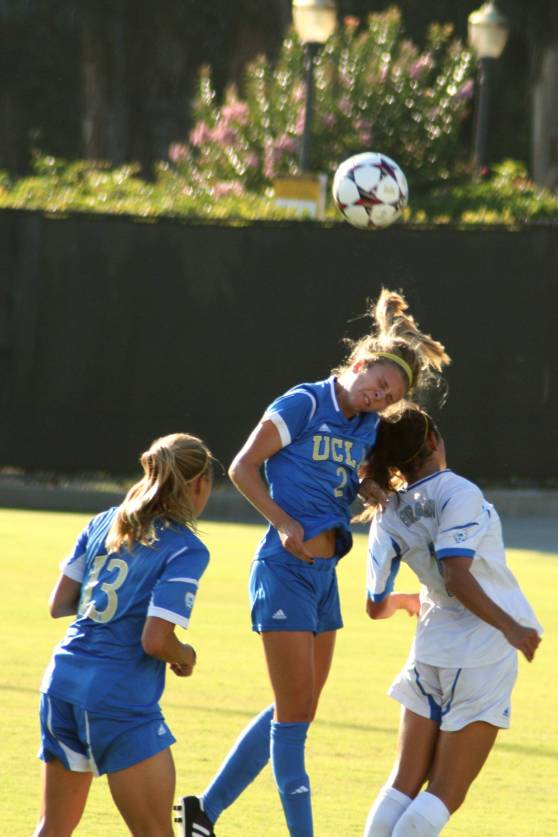 Watched Liverpool/Newcastle in a Moroccan café, a very surreal experience, even though I think I’m the only one not high.

Shooting UCLA volleyball and soccer today, hoping to check out the new Pauley Pavilion, and then taking off in the weeeee hours for Morocco via Madrid. Hopefully I’ll have enough of a layover to visit the Prado and my old friend the Garden of Earthy Delights. . . the painting, that is.

BT to the Dubya, if you want to check out over 300 blogs o’ mine, including a bunch of old travel ones, go to http://www.loganbruin.blogspot.com